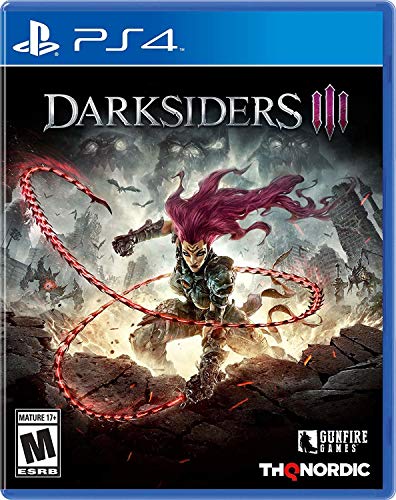 Play as FURY – a mage who must rely on her whip and magic to restore the balance between good and evil on Earth!

Harness FURY’s magic to unleash her various forms – each granting her access to new weapons, moves and traversal abilities

Explore an open-ended, living, free-form game world in which FURY moves back and forth between environments to uncover secrets while advancing the story

Darksiders signature art style – expansive post-apocalyptic environments that take the player from the heights of heaven to the depths of hell, dilapidated by war and decay and overrun by nature

NOTE: You should connect PlayStation 4 to the internet and update the software for this game